Today we are having a bit of festive fun as we look at some of the most fun Christmas party games you can play.

Throwing a Christmas party for your friends and family is one of those things that sounds like a great idea. However, once you sort the food and drink, you realize you need to have some Christmas games and fun stuff for them to do!

That is why today we are sharing with you fellow Christmas fanatics some festive fun game ideas to keep your party rocking! 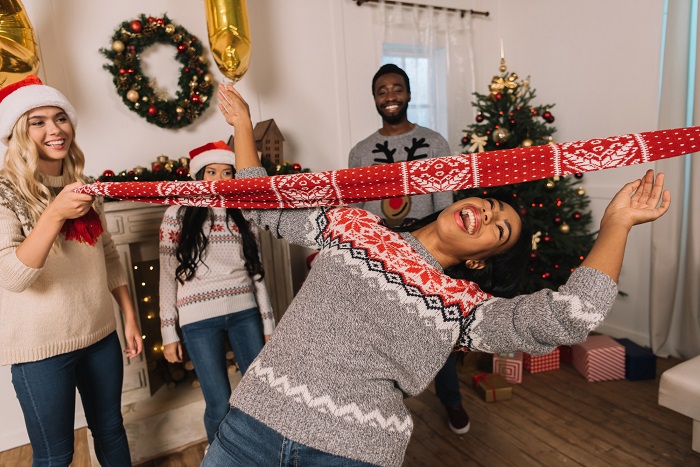 One of the easier Christmas party game ideas to pull off is Christmas limbo. You can have this luau style if you want, but you could just use a giant candy cane, a broom wrapped in Christmas paper, or even just have two-party guests hold a string of tinsel.

Limbo is a classic party game and one that is even more fun after people have had a few drinks and think they are still as limber as they were when they were 15!

Don’t think this is only a great party game for kids, adults can have a ton of fun playing this game too.

For those who’ve never played musical chairs, here’s how it goes.

You can pimp the seats with tinsel or any other Christmas decorations. For music, you play the Christmas classics to give it that Christmas vibe. 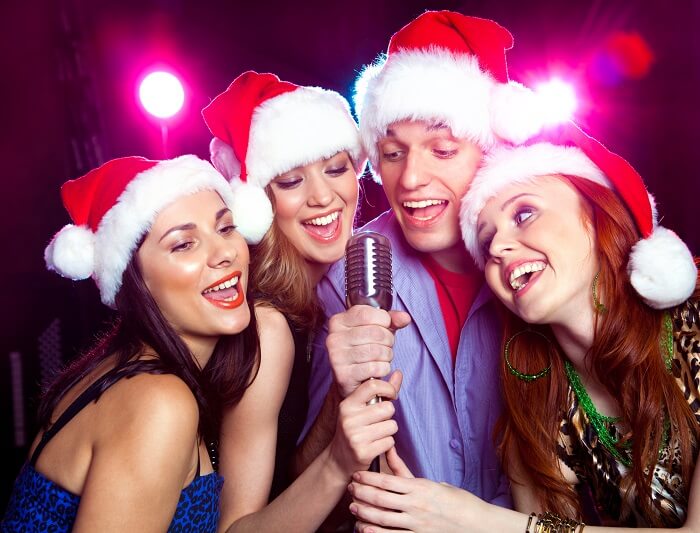 This is an absolute winner when it comes to Christmas games. Buy or rent a karaoke machine, you could also ask a friend or family member if you can use theirs.

Let them sing the Christmas hits, alone, duets anything goes. Have a little prize for the winner or winners. This game is a ton of fun especially after they all had a few drinks.

Would You Rather Christmas Edition 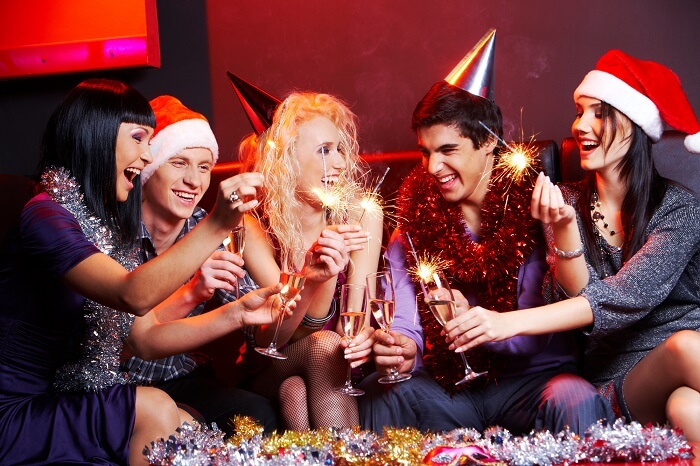 Next up we have what could potentially be one of the “naughtier” Christmas games. Would you rather is a classic and here you can put a holiday twist on it.

Depending on your audience, you can get as risqué, dirty, and as inappropriate as you feel people would like. Of course, if old Auntie Virginia who is 86 years old is playing, you might want to make it a bit more family-friendly than adult-themed. 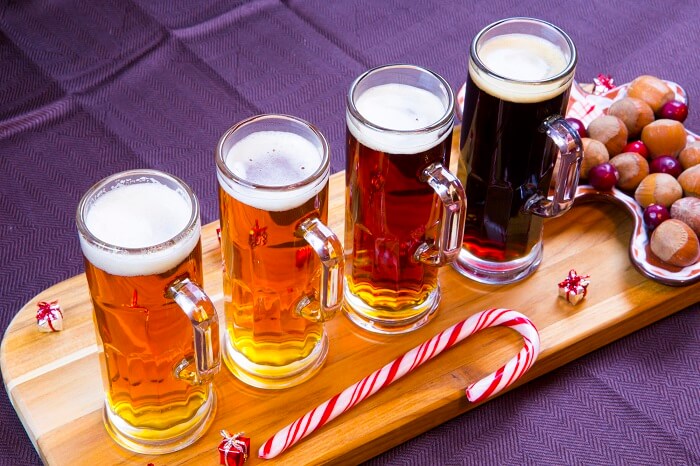 You cannot have a list of Christmas party games without beer pong on it! This is the absolute classic when it comes to party drinking games.

You can just have a regular game of beer pong, add some tinsel, and people we have Christmas beer pong! Your guest will love it and have a fun time!

After about 10, 20 times the message will be totally distorted, be prepared for a big laugh when you hear the end result. To give this game an extra level of difficulty you could play Christmas music in the background.

Christmas Never Have I Ever

There are more Christmas games that can get you drunk than just beer pong and Never Have I Ever is one of them. You can also have some fun here too by getting people into a little festive trouble.

Next up we have a real classic and one that is very simple to get going. You can write your own or use one of the ten million that are online.

You can have a nice and long quiz or one that can last just 10 minutes. They can do this solo or they can split into teams.

There are many ways that you can do this and at the end of it all, you will know who is the king or queen of useless Christmas movie trivia!

Pass the parcel is more of a birthday party game that is popular in the UK, but it can also be one of the more fun Christmas party games too.

The idea here is that you take a present (as this s a party for adults’ alcohol is a good idea). You wrap the present a ridiculous number of times and then the players sit or stand in a circle.

They pass the present around while a Christmas song plays and then when the song stops, whoever holds the present gets to remove one layer of wrapping paper.

The person who removes the last layer of paper wins. To make this a bit more fun, you can have a beer or another canned drink and have the rule be that who opens it has to drink it or at least take a sip. 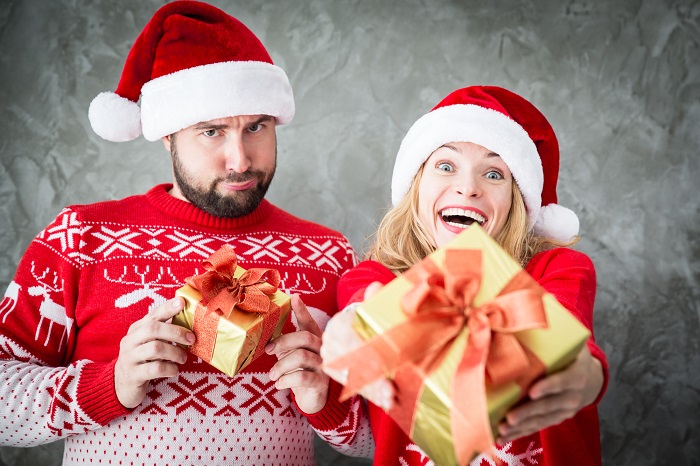 Try and get as many guests to bring a tacky gift as possible and then you can play White Elephant Gift Exchange to see who gets stuck with what gift at the end of the game.

Do Christmas games get much more classic than charades? This is one of those games that can be extra hilarious once people have had a few drinks!

Look, you do not need us to tell you how to play charades! What we will say is that make sure that there are clear Christmas rules where people have to act out a Christmas movie, song, or a Christmas character like Santa, a snowman, or an elf.

Pin The Nose On Rudolph 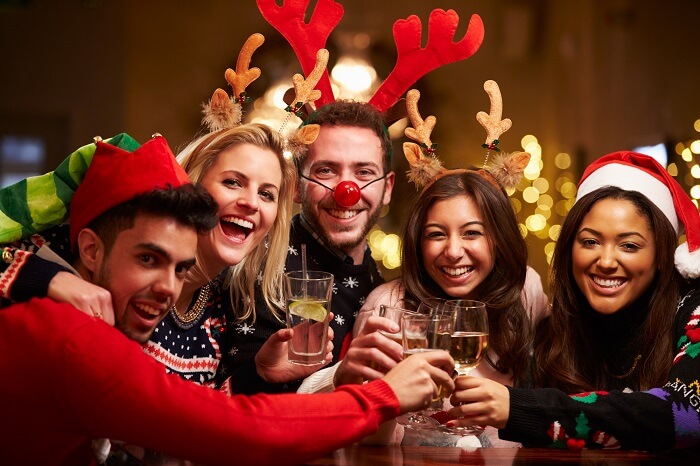 Ahh, a classic Christmas twist on an already classic party game! Of course, this is a game that is best played once everyone has had a few glasses from Santa’s secret stash of moonshine!

The idea is simple, the person playing wears a blindfold and must try and stick Rudolph’s shiny bright nose in the right place. You can have a point scoring system or you can just play for laughs.

This is one of the Christmas games where you will need people to split into teams of at least two. You will also need to have a list of Christmas songs.

One player takes a song at random and then they must perform the song, but without actually singing lyrics! They can hum, boop, bop, clap, and make other noises, but they cannot actually sing! If the other player guesses it, they score a point.

Do You Know Who I Am?

This is also known as celebrity or Hedbanz. You have a bunch of cards that have Christmas-related characters on them. A player draws a card and must stick it to their head.

They then get to ask the other players questions (yes or no answers only) to try and figure out who it is.

For example, if you were to draw Clark Griswold from National Lampoon’s Christmas Vacation. You could figure it out by asking questions like am I from a movie? Is the movie more than 20 years old and other questions like that?

This is one of the Christmas party games that puts everyone on even footing! It also lets you unleash your inner Bob Ross (happy little Christmas trees anyone?) too!

The idea of this game is that one person stands up in front of everyone with a large sheet of paper. They draw a card that has a bunch of Christmas-related things on it, snowman, Santa, present, and so on.

They then have to draw it and the other players need to guess what it is. The twist is, they are blindfolded while they draw it! If someone gets it right, it is their turn to draw and they get a point!

Do you ever notice that most adult Christmas party game ideas that are awesome involve drinking? Well, this one is a lot of fun and requires quick thinking and an alcoholic beverage or two, or three, well it depends on how good the player is.

One player will start and say something to do with Christmas, snowman for example. The next player then has to say another Christmas-related thing with the last letter, in the case of a snowman it would be n. 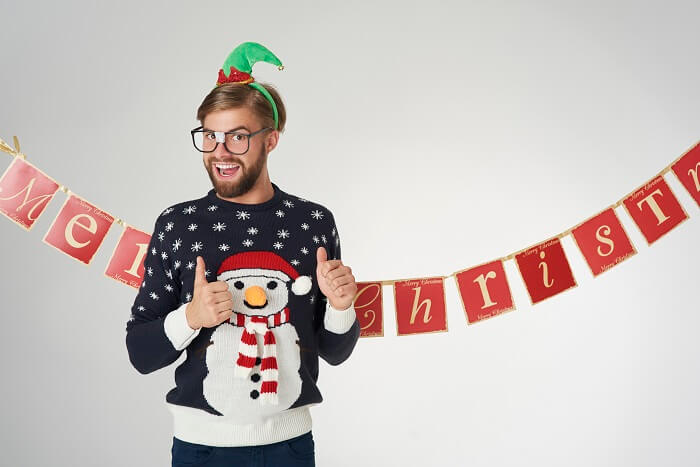 This is one of the Christmas party games that is pretty easy for everyone to take part in. While we have said “sweater contest” if you ask us, Christmas-themed t-shirts, ugly Christmas leggings, and even full-on costumes are also fair game.

The idea is simple, you just show up to the party in the most ridiculous, hilarious, and strange Christmas outfit around.

People can write down who they think has the most amusing Christmas attire and you can give them a little prize.

Ok, so Monopoly has caused more wars and broken up more families than anything else, but for a smaller Christmas party, you cannot go wrong with getting some classic board games out and playing those.

You actually get Christmas games that are themed versions of games like Monopoly, Dungeons & Dragons, Clue, and more.

We have looked at some fantastic Christmas party games today and there are sure to be at least a few that are perfect for you and your guests.

We just want to take a moment to say be safe and make sure that while people are having fun, they do not drink and drive and are just having fun in a safe manner.

Also, be sure to snap photos as the night goes on, if people are drinking like they usually do at these things, some folks may need a little reminder of what went down!

Happy holidays folks have a good one! 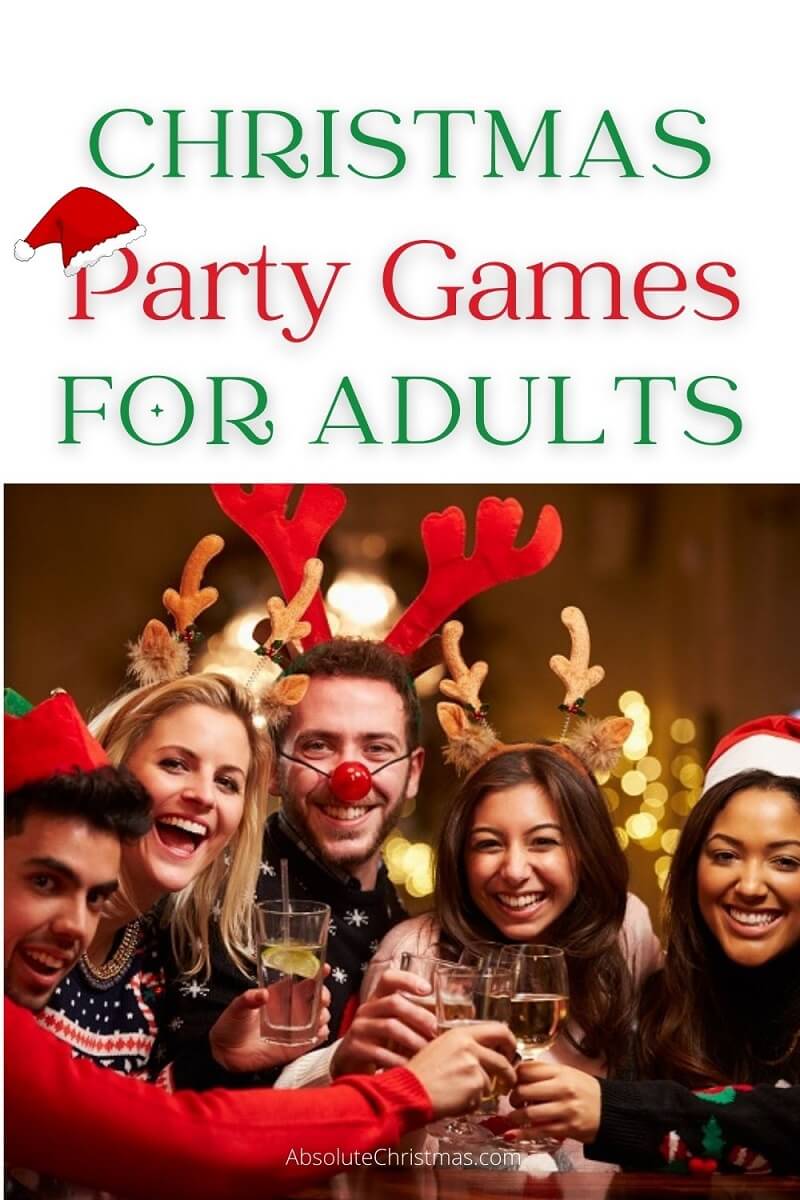 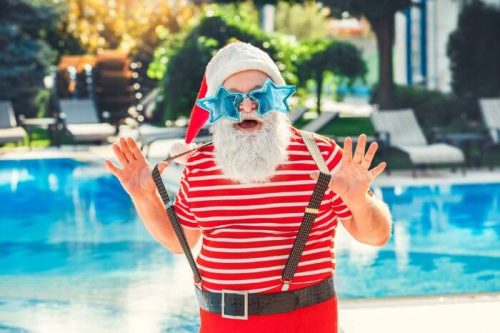 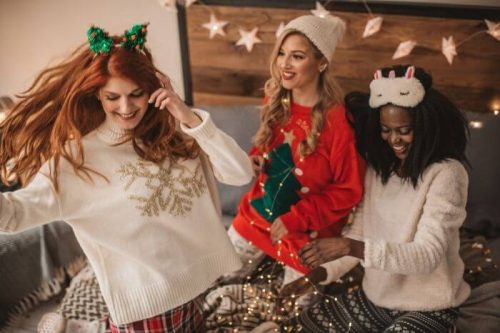 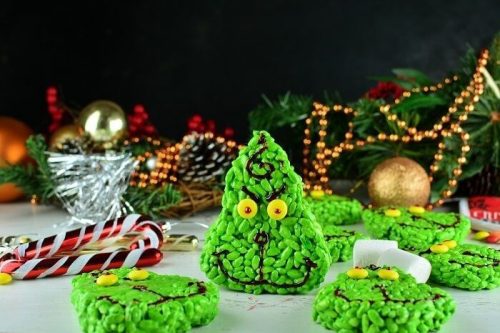 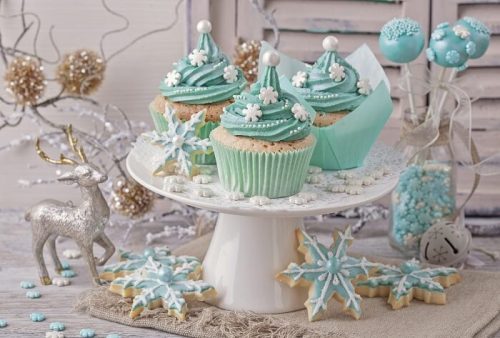