Being big Star Wars lovers ourselves, we decided to make a list of the most epic Star Wars Christmas inflatables.

Our number one is the impressive AT-AT Walker dressed as a reindeer and R2-D2 flying an X-Wing.

Droid to the world and may the Force of X-Mas be with you! 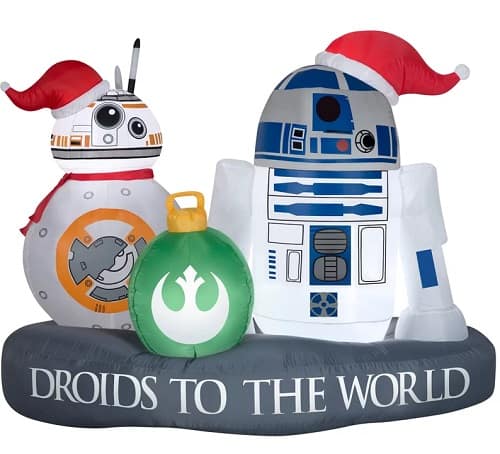 This R2-D2 and BB-8 Droid to the World Scene has to be one of the most loved Star Wars Christmas inflatables out there as it displays 2 of our favorite droids.

This self inflates in seconds, is lighted and comes with yard stakes and tethers.

Droid to the World! 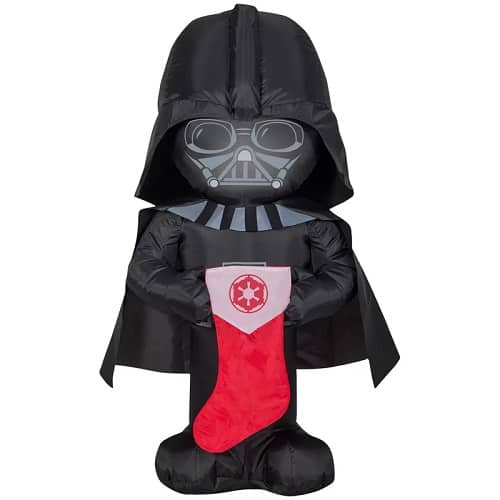 You just stake it down, plug it in and it inflates, it’s lighted, so it has never been easier. 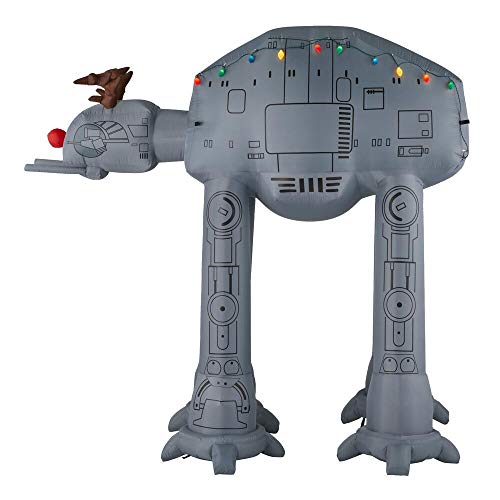 It’s 8.5 ft tall so it definitely wont go unnoticed! It features a colorful light string and its red nose and reindeer antlers make it the most festive AT-AT Walker you’ve ever seen in the neighborhood.

The AT-AT Walker self inflates, comes with stakes and tethers for secure placement and features energy efficient, bright LED lights. 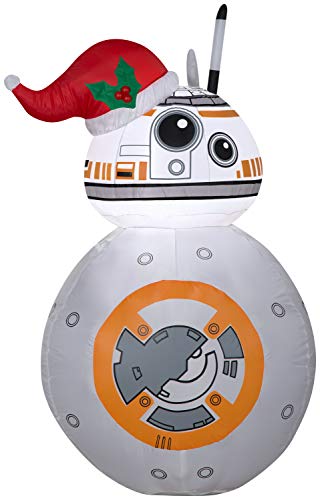 Totally easy to set up as it self inflates, comes with all the stakes and tethers needed and it’s lighted. 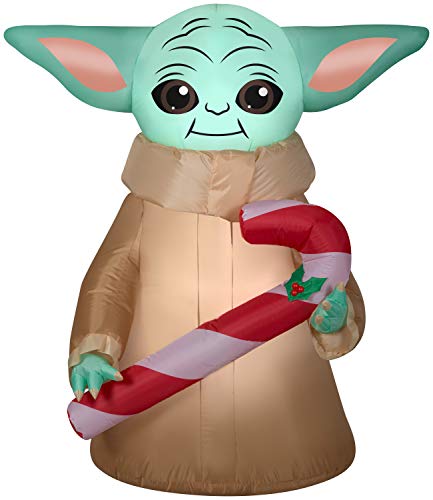 Next we have  The Mandalorian, The Child, Baby Yoda Christmas Inflatable. Yes we know that’s a lot of names, but you can be sure that this inflatable will be in hot demand this Christmas.

This is the one the kids want and can you blame them? It has the cuteness factor all over it, so if you’re planning on getting one, don’t wait too long! 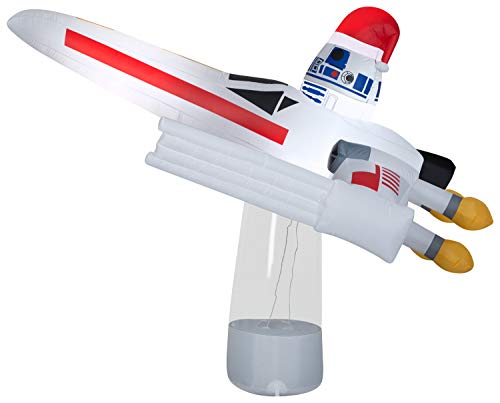 This may be one of the more expensive Star Wars Christmas inflatables on this list but man is it a good one!

This R2-D2 in X-Wing fighter inflatable is a guaranteed eye catcher as its clear base gives the illusion that it’s really flying. Which is pretty awesome!

It self inflates, features bright lights for a glorious night time display and comes with all the lawn stakes and tethers needed for a secure placement. 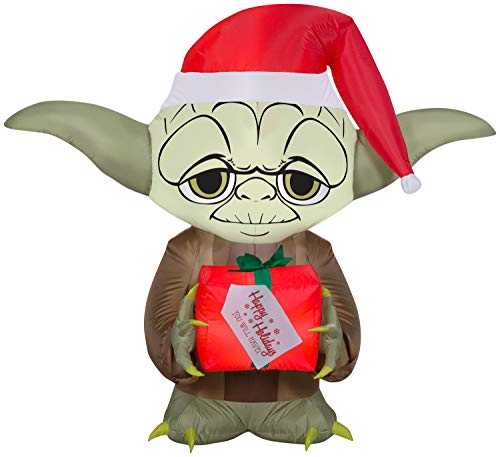 For the Yoda fans out there we have this Yoda Holding A Present Star Wars Christmas Inflatable. A 5 ft Yoda inflatable wearing a Santa hat and bringing you a present. Merry Christmas! 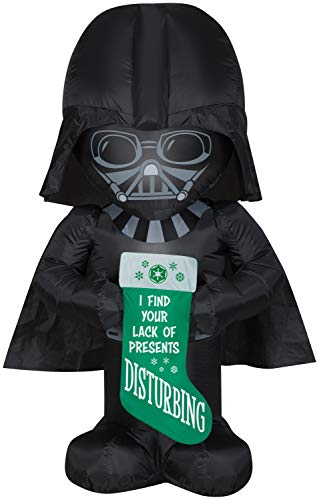 Next in line is another Darth Vader Christmas inflatable. This one shows a funny message to your visitors, he may even get you a few extra presents.

So these were our favorite Star Wars Christmas Inflatables, if you missed one then please let us know in the comments and we’ll do our best to add it.

May the Droids be with you! 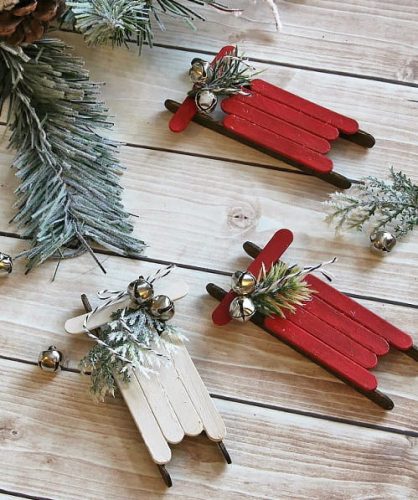 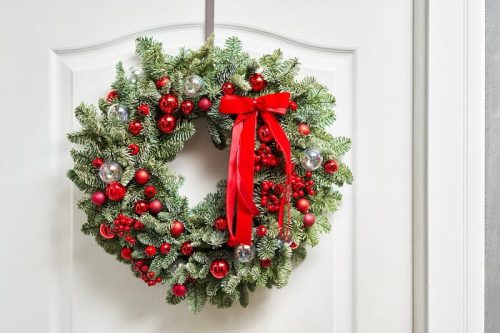 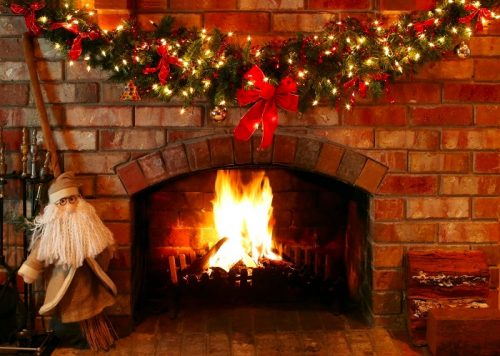 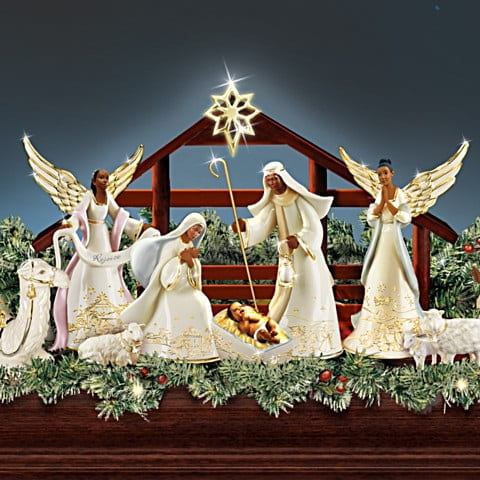