These Christmas Vacation shirts are the perfect gift for someone who loves the movie or maybe even for yourself!

Featuring iconic lines and images from the Christmas classic there is no better way to let people know you are in the Christmas spirit or that your s####r is full than with one of these awesome t-shirts! 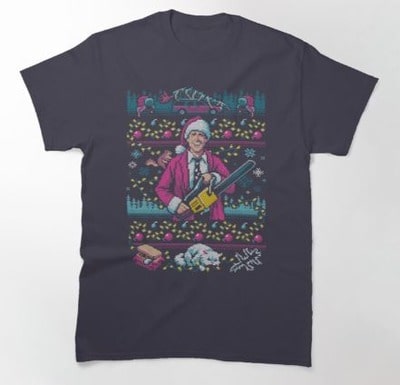 Who can forget the end of the movie where Clark snaps! This is one of the most fun National Lampoon’s Christmas Vacation Shirts that we have on this list.

It features Clark in his Christmas gear, holding the infamous chainsaw. What is neat about this is that it has a Christmas sweater kind of design, but in t-shirt form. 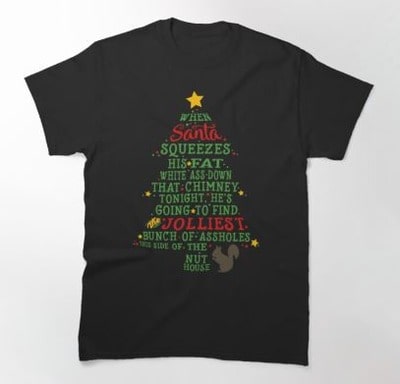 Here we have one of the most awesome Christmas Vacation shirts as it is a direct quote from Clark himself.

Talking about how his family are the jolliest bunch of a-holes was something we all found hilarious in the movie and now thanks to this speech can now be on someone’s chest too! 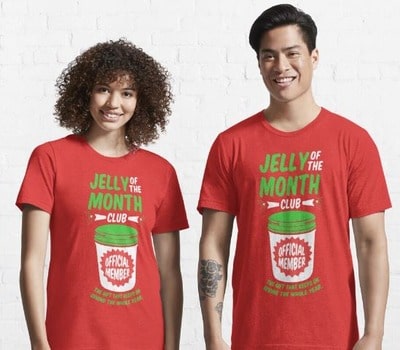 What makes this Jelly Of The Month Club Official Member T-Shirt such an awesome gift is that for those that know what this is, it is hilarious and awesome.

Others will just be looking at it confused! Poor Clarke, he just wanted to build a cool swimming pool for his family, but instead, he got a membership to the jelly of the month club!

Can I Refill Your Eggnog – Christmas Vacation T-Shirt 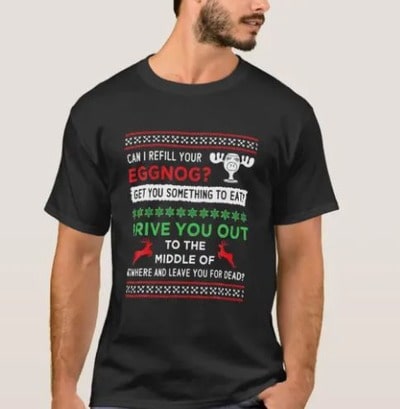 This t-shirt is one of the most popular Christmas Vacation T-Shirts as it captures a special and hilarious moment between Clark and Cousin Eddie.

It has the classic quote that many of us have probably thought about saying to some of our own family members when they are driving us crazy during the holidays! 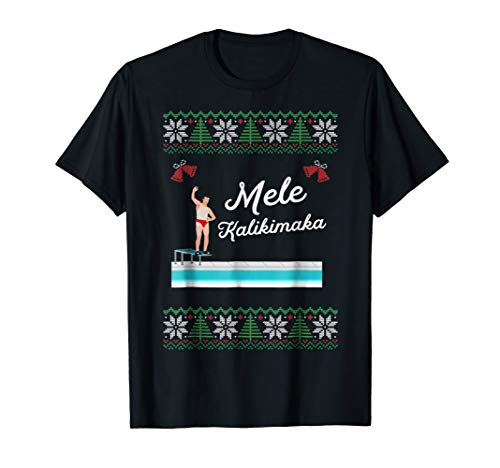 Modeled after an ugly Christmas sweater, this is one of the most hilarious National Lampoon’s Christmas Vacation Shirts. Who can forget Clark’s daydream about his new pool while the hit, Mele Kalikimaka plays!

Of course, his image of Cousin Eddie in his speedos spoiled that and it is perfectly captured on this t-shirt and it is fantastic!

Why Is The-Carpet All Wet Todd T Shirt 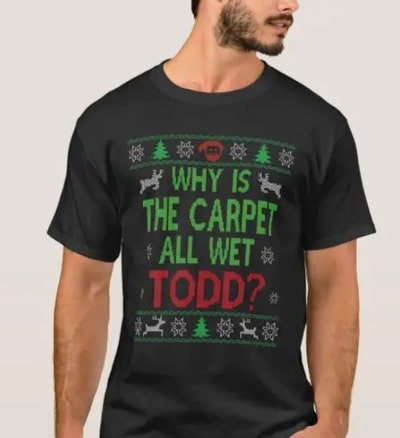 How many awesome lines does this movie have? This Why Is The-Carpet All Wet Todd T-Shirt is one of the best Christmas Vacation shirts on this list as it captures a truly fantastic scene from the movie.

What really makes this a great shirt is that it is perfect for a couple that wants matching Christmas shirts! 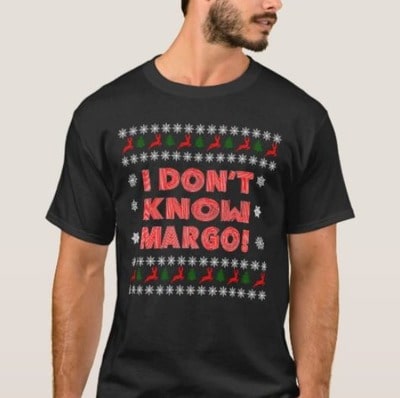 This I Don’t Know Margo – Funny Christmas Vacation T-Shirt is the t-shirt that goes with the one just up above.

It really is a fun shirt and while it is cool to wear by itself, the real charm of this is with a couple wearing it to really complete it. This is a lot of fun and captures that iconic scene very well. 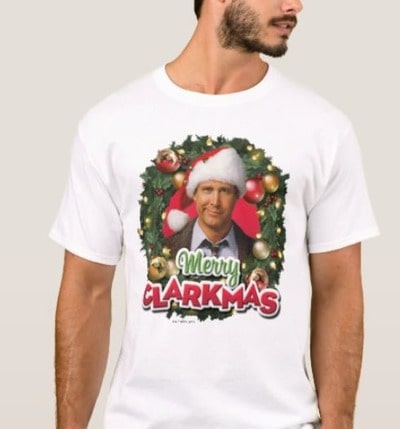 If you know someone that loves Clark Griswold or someone that acts like him, National Lampoon’s Christmas Vacation Shirts get no better than this one here.

It features an image of Clark that is just like you would find on the movie poster and it has holiday cheer and imagery all around him. 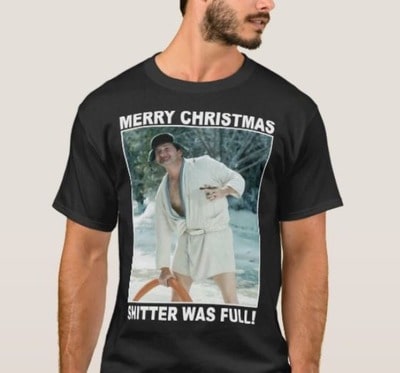 Is there a more iconic quote or scene from this movie than when Cousin Eddie is informing us that the s####r is full?

This is one of the best Christmas Vacation shirts as it captures this classic scene perfectly and it is the kind of t-shirt that they will love to wear, but everyone that sees this is going to get a huge kick out of it. 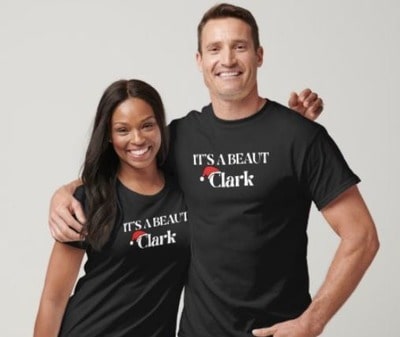 If you want to get them a Christmas Vacation-themed t-shirt that is a bit more obscure than this It’s a beaut Clark T-Shirt is perfect.

No matter if it is for someone else or yourself, this is an awesome t-shirt. Clark’s dad was such a positive and nice guy and having a quote from him on this shirt is pretty darn cool. 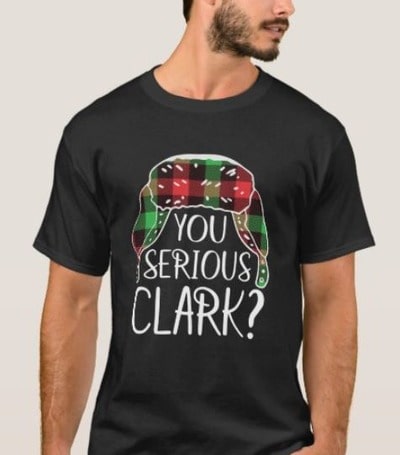 Oh, Cousin Eddie, you had so many great lines and moments in this movie, you truly are one of the reasons why Christmas Vacation is such a classic.

No one can forget the look on Clark’s face when Eddie asks him if he is serious when he tells the kids that Santa Claus was spotted! 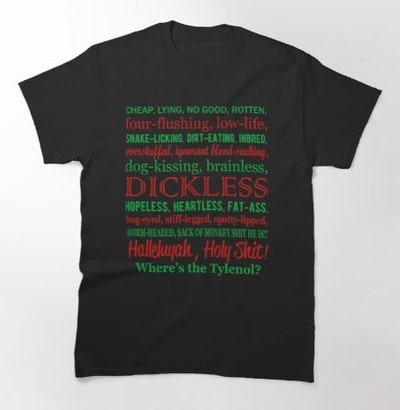 Clark’s rant right at the end of the movie is fantastic stuff and one of the most iconic moments not just from this movie, but Chevy Chase’s entire career.

Well, the entire quote is presented on this t-shirt and it is hilarious, just be prepared for people wanting to read it out whenever they see it on you! 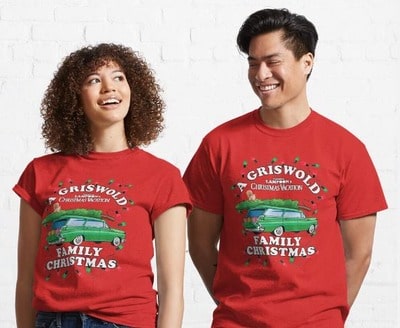 One of the more fun Christmas Vacation T Shirts is this National Lampoon’s Station Wagon Classic T-Shirt. It is based on the scene from the start of the movie when the Griswold family is taking their new tree home and the squirrel is even on the tree.

This is such a nice and charming t-shirt that captures the spirit of the movie perfectly. 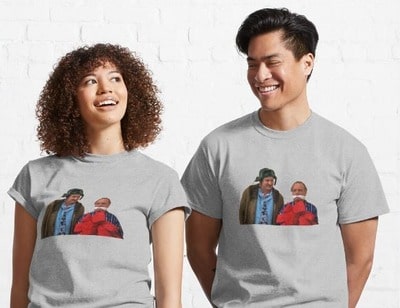 Who doesn’t love Cousin Eddie? His heart was always in the right place, such as when he kidnaped Clark’s boss and then brought him to the house!

This awesome scene is captured perfectly on this t-shirt. This is a neat t-shirt as it is a scene that is not usually featured on Christmas Vacation apparel. 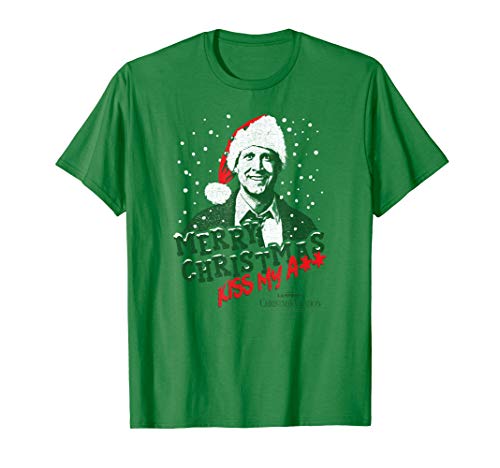 Who can forget the good family man Clark Griswold trying his best at work only for his boss and yes men to be rude to him! Clark tells them to kiss his a## was awesome and now it’s captured on this t-shirt! 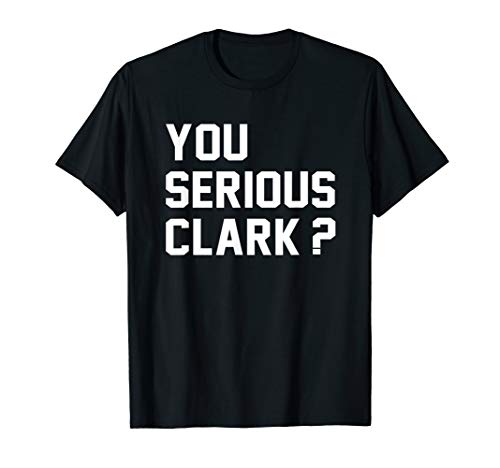 This You Serious Clark Christmas Vacation T-Shirt is available in a whole bunch of colors as well as sizes and it features the classic line Cousin Eddie says to Clark while they are eating dinner.

This is a really fun shirt as it captures Cousin Eddie at his very “innocent” and moronic best. 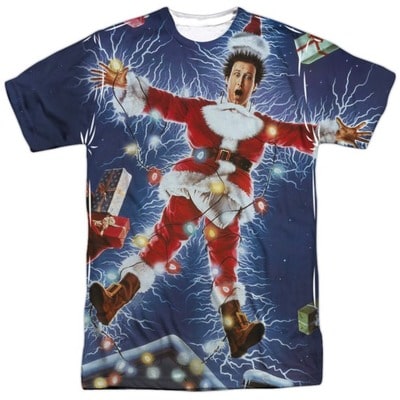 The scene that is captured on this t-shirt makes it one of the most fun National Lampoon’s Christmas Vacation Shirts! It is Clark in his Santa outfit getting electrocuted.

This is an image that is actually used on many of the DVD and Blu-ray releases of the movie, it is a truly iconic promo image from the movie! 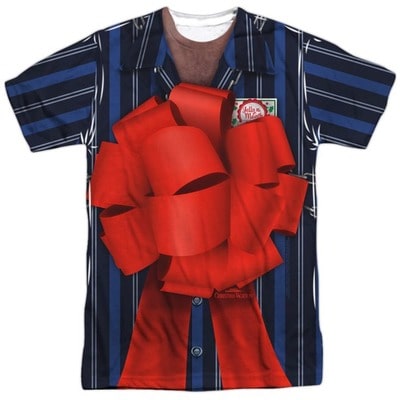 This is one of the “cleverer” Christmas Vacation shirts. It is based on the scene where Cousin Eddie takes Clark’s jerk boss, puts a bow on him, and brings him to the house.

It has the pajamas just like he was wearing and a big bow on the front. Any fan of the movie is sure to get a massive kick out of the design of this shirt. 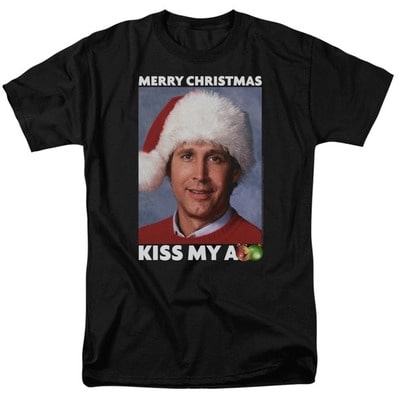 Even the ultimate holiday-loving man, Clark Griswold has his limits! Who can forget when he is telling his bosses yes men to kiss his a## as they are walking past him?

The slogan is fun, but it is the big beautiful image of Clark in his Santa Clause hat that really makes this such a hilarious t-shirt. 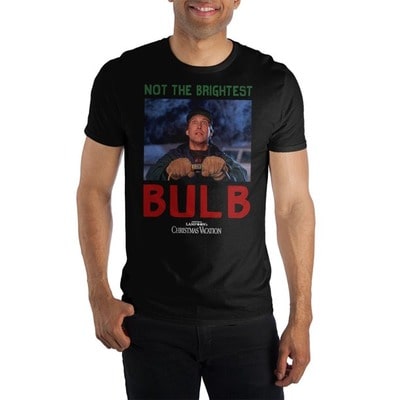 Clark finally getting all his Christmas lights working is such a great moment in the movie and now it has been captured in t-shirt form! 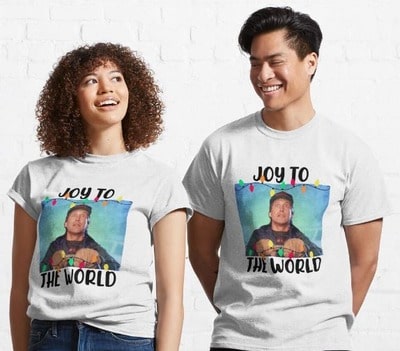 Joy to the world will certainly be spread by wearing this fantastic Clark Griswold Christmas Vacation T-Shirt.

What makes this one of the best Christmas Vacation shirts is that it has Clark getting all the lights on his house finally on! Such a great scene in the movie and that makes this a great Christmas t-shirt. 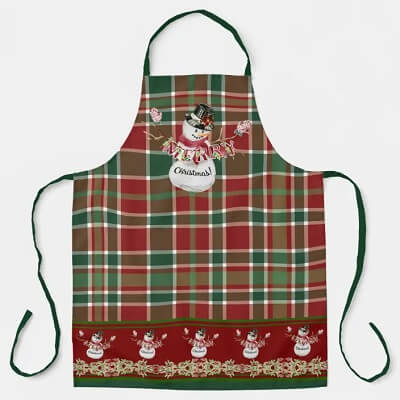 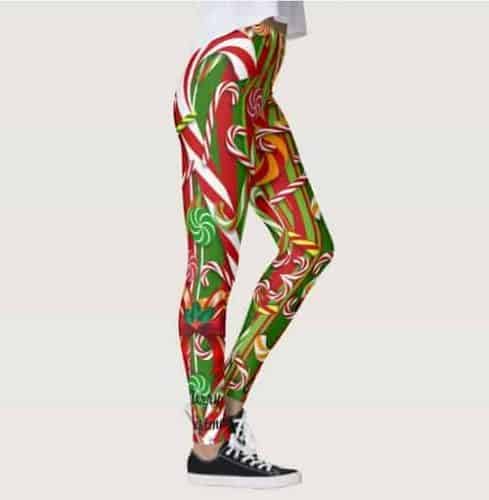 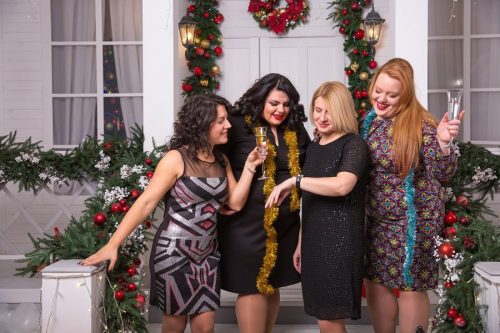 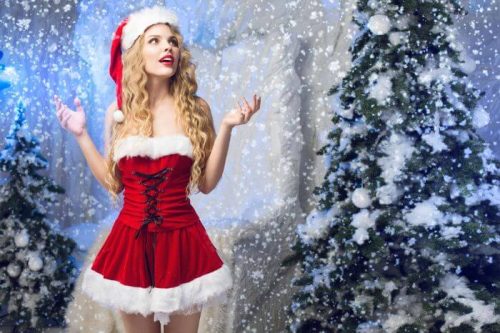