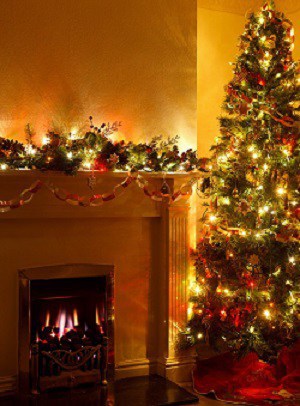 Our posts contain affiliate links for which we may earn a commission. As an Amazon Associate we earn from qualifying purchases.
Where did Christmas Trees come from?

Lots of people celebrate Christmas, however few know precisely why we all have a Christmas tree in December. Using trees as an element of Christmas did not start as an American tradition. The concept of setting up a Christmas tree first started around the 1500s as a German custom, but the idea wasn’t widely accepted at the beginning.

Many regions of Germany didn’t start off celebrating the Christmas holidays with a tree before the later part of the 1800s. Elsewhere, by the first of the 1900s, two classes of people – the wealthy and royalty – started putting up Christmas trees and from that point, the tradition came into this world.

After the first wave of people departed their own country and came and settled in the New World, many carried with them the tradition of setting up evergreens throughout their home and decorating small trees outside the home with whatever items mother nature provided.

It was viewed with suspicion and religious folks believed the tree being a symbol of paganism despite the fact that that belief was misguided. Because of that idea, a lot of Christians refused to have anything to do with Christmas trees. But gradually, the tradition caught on.

Christmas trees first started to be promoted in the USA in the middle of the 1800s and were also accepted into the White House by the then residing President. Christmas trees were set up in public displays, trimmed with ornaments and people were impressed by the beauty. Toward the latter part of the 1800s a well-liked retailer discovered the need for artificial trees and started promoting them to buyers.

In a number of nations, Winter Solstice heralded the moment to set up the Christmas tree – close to the arrival of Christmas day. The first few days of January was slated as time to remove the tree and all its trimmings.

Nowadays, the Christmas tree is customarily set up shortly after the Thanksgiving holiday but some families set it up earlier. Taking down the tree is usually still done the first week of January but some families hold off until after New Years Day.

This is because of the old wives saga that what you’re doing on January 1, you’ll do all through the year. Considering that taking down the tree is tough work, folks thought that by taking it down then, that resulted in they would work hard all year long.

Whether the tree is set up after Thanksgiving or disassembled after New Year’s Day, this is one custom that is enjoyed and practiced by many. A Christmas tree will add a dazzling twinkle to your Christmas, a well decorated, celebrated finishing touch.

The Origin of Christmas Gifts